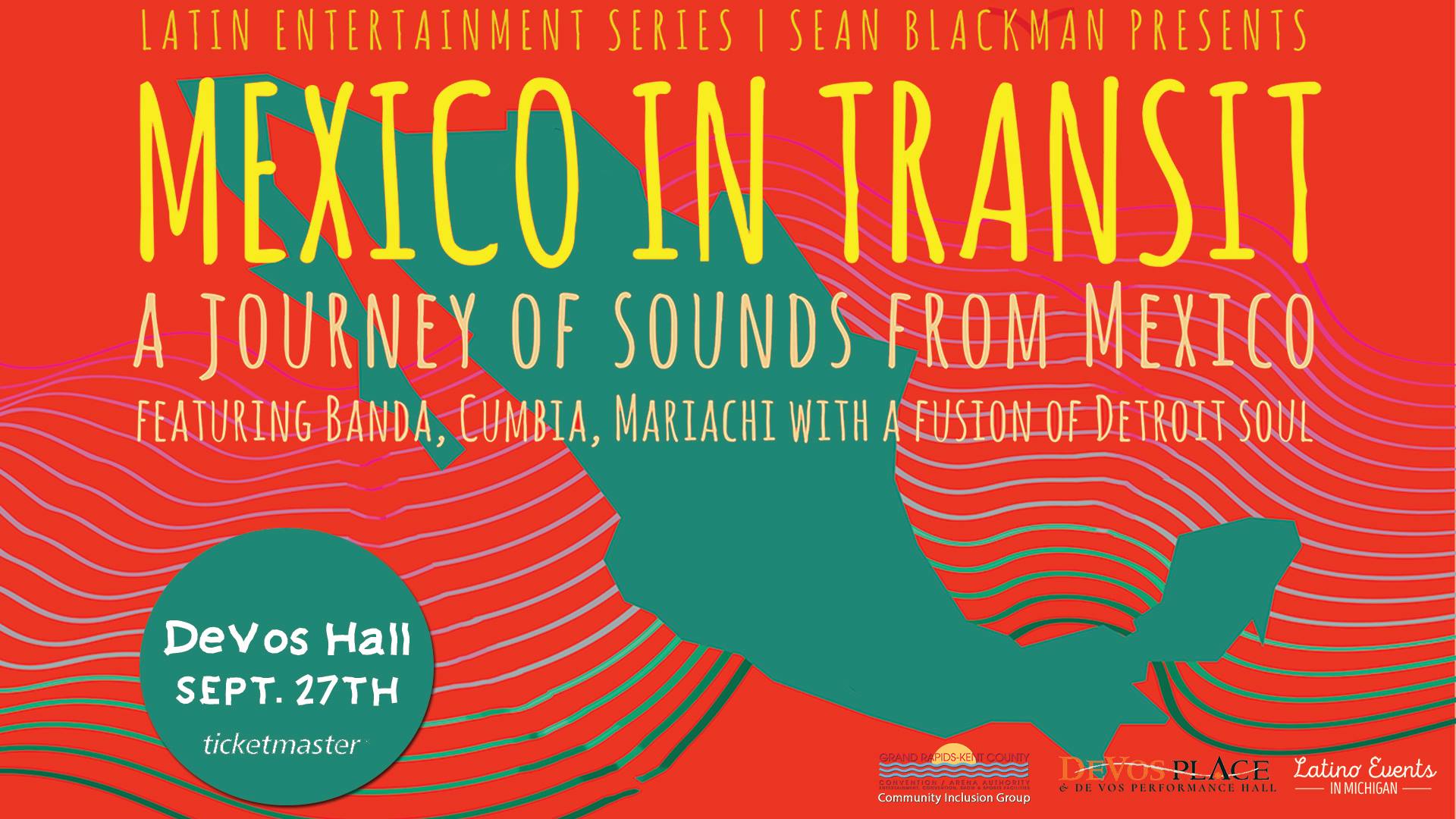 Grand Rapids — “Sean Blackman presents Mexico in Transit” has been announced as the second event in the Latin Entertainment Series, celebrating Latin culture in Michigan. The series is presented by SMG-managed DeVos Performance Hall and the Grand Rapids-Kent County Convention/Arena Authority’s Community Inclusion Group’s (CIG). “Mexico in Transit” is a journey of sounds from Mexico featuring Banda, Cumbia and Mariachi with a fusion of Detroit Soul. The second series event will take place at DeVos Performance Hall on Thursday,
September 27, 2018 at 7:30 PM. A third Latin Entertainment Series event will be announced soon!
Tickets go on sale Friday, August 31 at 12 PM. Tickets will be available at the DeVos Place® and Van Andel Arena® box offices, online at Ticketmaster.com, and charge by phone at 1-800-745-3000. VIP tickets include a reserved seat in the first few rows and two (2) complimentary drinks.

About Sean Blackman
Blackman has been honored with many Detroit Music Awards, has launched and directed World Music Festivals and worked as creative director of entertainment for corporate events for Red Bull, Chrysler and the grand opening of the McNamara Terminal at the Detroit Metropolitan Airport – one of the nation’s most state-of-the-art terminals.

As an established world-music musician, Blackman continues to compose and produce new material that links different genres of music with dance and theatrical performance. Whether on the streets, in front of thousands at a theater concert, or inside a smoldering hidden nightclub, Blackman’s music is disciplined from a lifetime of training,
yet his raw passion makes every note seemingly intimate.