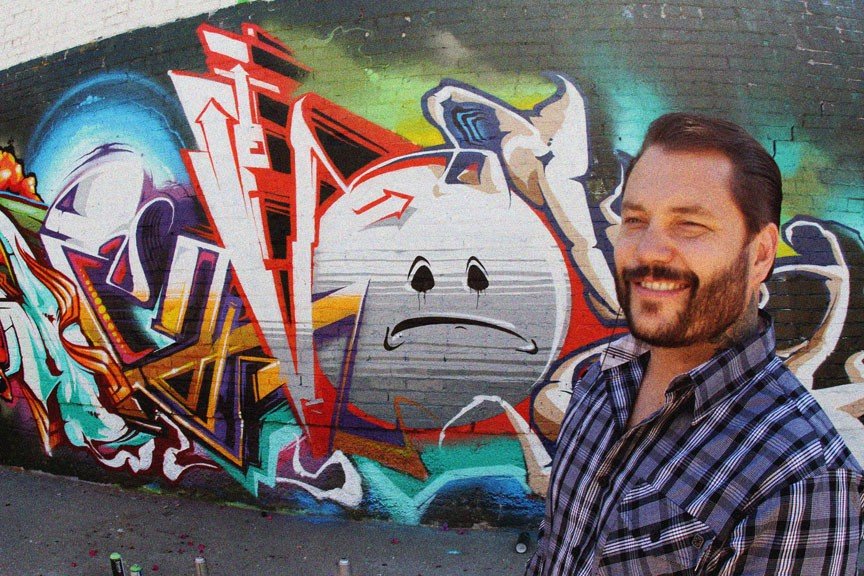 The fund will be used to reach more than 30,000 Detroit youth in the next ten years

Detroit, MI — Street artist Jason “REVOK” Williams is turning his agreement with clothing retailing H&M into a $50,000 twentieth anniversary present for Detroit-based nonprofit, Living Arts. The arts education and youth development organization will use Williams’ gift to launch a $100,000 fundraising initiative and set plans in motion to expand their services and reach more than 30,000 Detroit-area children and teens by 2030.

Williams explained the motivation behind his gift saying, “As more and more arts programs are pulled from public schools, the ongoing support of groups like Living Arts becomes even more crucial. Living Arts’ program is well-established over 20 years of experience, and brings thoughtful arts education to people of all ages and backgrounds.”

The nonprofit was founded by a group of artists in 1999 to offer an after-school dance class in Messiah Church in Southwest Detroit. Over the last 20 years, it has grown to employ a team of 40 professional artists that have brought arts instruction, mentorship, and youth development to over 50,000 children and teens across the city. Dance and the performing arts are still central to the organization’s programs, which also now include visual arts and media arts classes in animation and video production that connect youth with technology.

The nonprofit’s Executive Director, Alissa Novoselick, said, “REVOK has turned his tenacity in standing up for artists’ rights into a gift that will serve Detroit youth through the arts for the next decade. His generosity will be transformational for our organization and allow us to continue to gain ground towards our vision for a Detroit in which all young people have access to high-quality arts education.”

Living Arts will celebrate their milestone anniversary and launch the 20th Anniversary Fund at an event at Detroit’s Masonic Temple on April 11th. REVOK will be the Honored Guest for the evening. Novoselick continued, “There’s going to be a whole crowd of people waiting to thank REVOK our event. His commitment and partnership are going to be a great jumpstart for Living Arts and the youth we serve.”

Founded in 1999, Living Arts is a non-profit organization that engages Detroit youth, teachers and families in transformative experiences in the performing, visual, literary and media arts.

Entirely self-taught, Jason REVOK is known for pushing creative boundaries that began in the street. Although his story begins with graffiti, the artist has spent the last decade focusing on his studio practice and the evolution of process and concept. Refusing to be limited by his early recognition, REVOK allows only certain elements from graffiti culture to transition to his contemporary work – modest materials and industrial tools, ingenuity, his name – but his proclivity towards minimalism and post-painterly abstraction has become the driving force behind his practice.