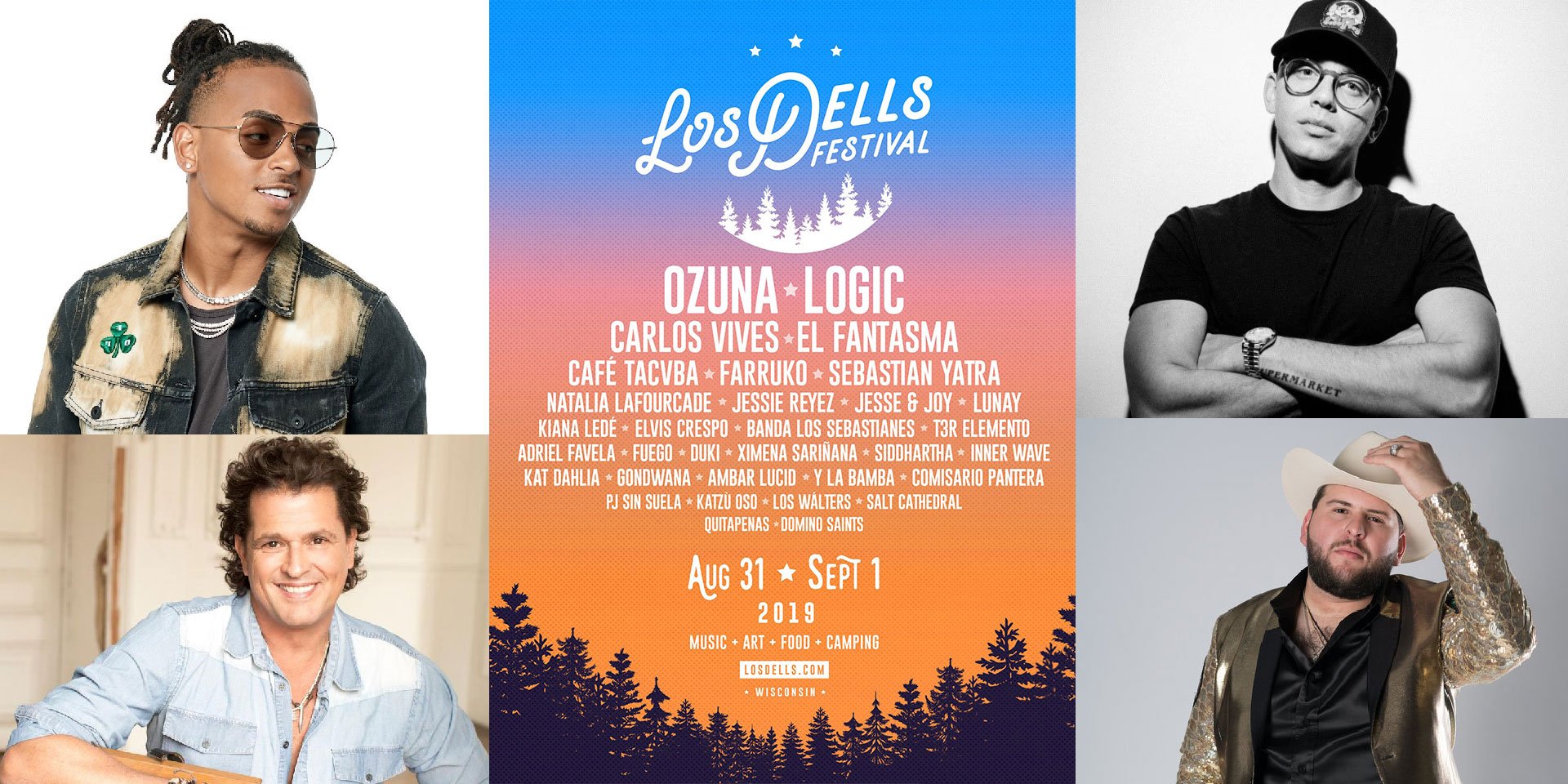 Mauston, WI (August 29, 2019). – Three days before the start of the biggest Latin festival in the Midwest and with a spectacular lineup headlined by Ozuna and Logic, among many other great artists such as El Fantasma, Carlos Vives, Farruko and Café Tacvba, Los Dells Festival once again welcomes Toyota as sponsor of the event and the invited artists who will perform on the exclusive Toyota Music Den stage.
Toyota returns as the official automotive sponsor of Los Dells Festival for the second year.  Featuring an impressive lineup of up-and-coming artists ready to showcase their talent, the #ToyotaMusic Den propels Latin culture forward throughout the two-day festival with cutting-edge music that inspires the audience to be #MásLoud.

Guests will hear, see and feel the music come to life through a full multi-sensory experience that includes on-site vehicle activations featuring the all-new 2020 Toyota Corolla Sedan and the all-new 2019 Toyota RAV4.  Socially shareable activities and cool giveaways await festival-goers, all with the goal of highlighting the evolution of culture through music, art and self-expression.

With the artists announced today and presented by Toyota, Los Dells Festival is featuring 40 carefully selected artists from all over the American Continent revealing an exciting, eclectic and spectacular artist roster.For more info, updates and to buy 2-day or single day tickets or the Fantasy Dellero VIP Package with hotel included and exclusive after show performances, visit www.losdells.com.