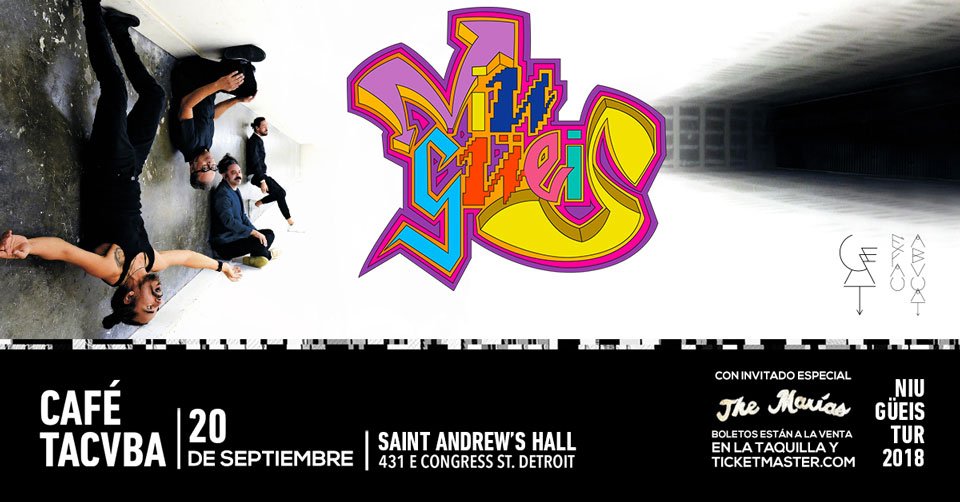 You might purchase tickets at any of the following box offices or online.

On show days, tickets can also be purchased 30 minutes prior to The Shelter door time, and 1 hour prior Saint Andrew’s Hall door time.

Café Tacuba is the most important rock band to ever come out of Mexico; if they didn’t initiate the rock in Español movement by playing rock without using English lyrics, they are undoubtedly the most important band in the genre. They started life as a punk folk band, playing local folkloric styles that were unfamiliar even to many Mexicans, but expanded their sound to include hip-hop, tango, speed metal, banda, Norteño, electronica, mariachi, ranchero, tejano, industrial, ska, funk, and pop.

The musicians of Café Tacuba – Ruben Albarran, Joselo Rangel, Enrique Rangel, and Emmanuel del Real – met at the National Autonomous University in Satélite in Mexico City, where they were studying art and design. They started playing together informally in 1989 and after appearing for a while as Alicia Ya No Vive Aquí (Alice Doesn’t Live Here Anymore) named their group after the El Café de Tacuba, a restaurant known for using Mexican ingredients in recipes from all over the world. They wanted to do the same with Mexican music.