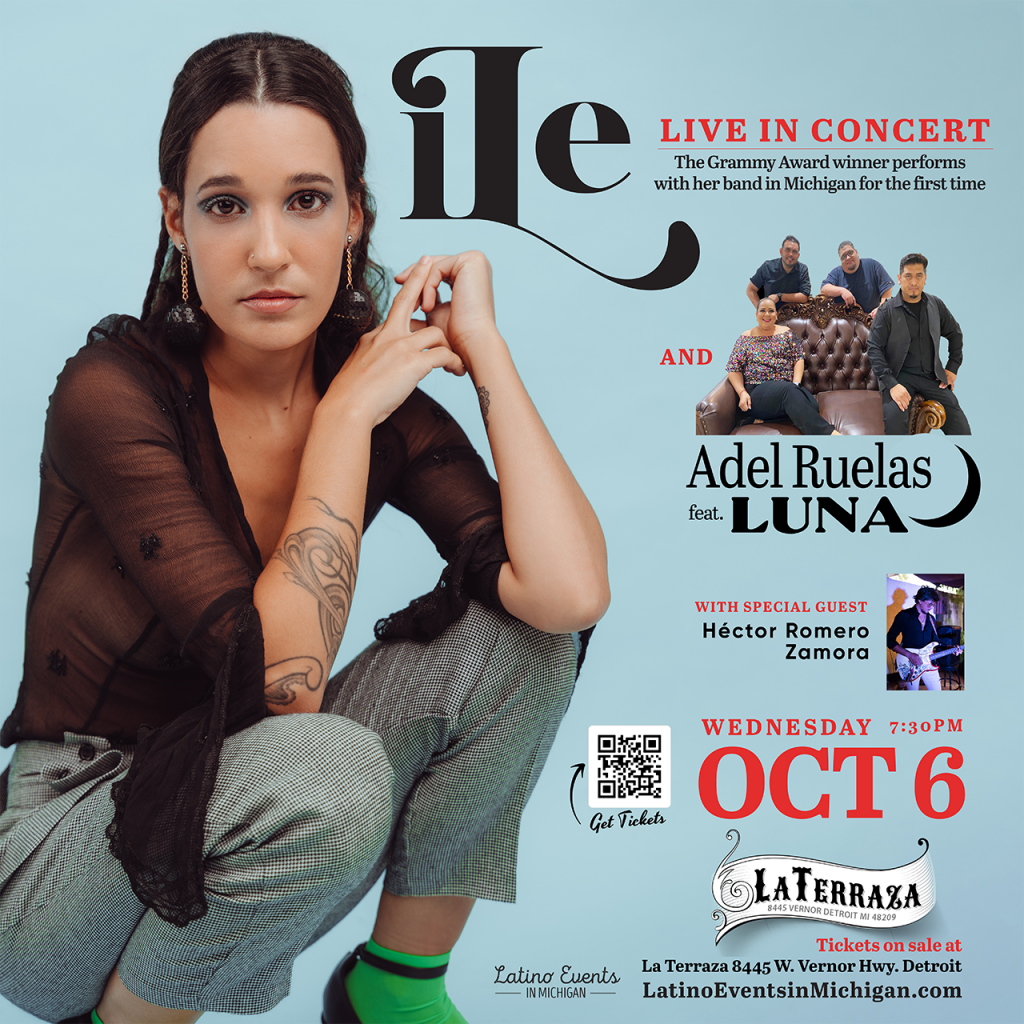 General Admission tickets are standing only.

Seated Ticket have an assigned seat and it includes the entry to the event.

No refunds. No reembolsos.

iLe, is a Puerto Rican singer, composer and vocalist. She began her musical career as a teenager as the sole female singer of Calle 13, a group she took part in for 10 years alongside her brothers René Pérez Joglar and Eduardo Cabra Martínez Visitante.

Her first solo production, entitled iLevitable and launched in June 2016, won a Grammy in the category Best Latin Rock, Urban or Alternative Album in 2017, and for it iLe was also nominated for the Latin Grammy Awards as “Best New Artist”. iLe has performed in Puerto Rico, the United States and Europe.